The company behind America’s opioid epidemic pleaded guilty to felony crimes a decade ago, yet is still allowed to sell products across America

The U.S. Centers for Disease Control estimates that nearly 150 Americans now die from a drug overdose each day. In the past decade, opioid overdoes have quadrupled, as have sales of prescription opioid painkillers. There are now more deaths attributable to drug overdoses than a combination of gun homicides and car crashes. At least 1,000 people receive emergency room treatment for prescription drug misuse every day, and about 50 percent of opioid overdose deaths involve prescription opioids.

Against that backdrop, the Commission on Combating Drug Addiction has, among other interim recommendations, urged President Trump to declare a national emergency over the opioid addiction crisis. With Americans consuming more opioids than any other country around the globe, the Commission also observed that the massive societal and public health problem begins in doctor’s offices and hospitals rather than on street corners where self-destructive drug transactions traditionally occur.

Many Big Pharma dissenters have claimed that the manufacturer of the OxyContin, Purdue Pharma, has some explaining to do about misleading marketing and the overprescribing by doctors of opioid painkillers.

From The Daily Caller:

Purdue Pharma is owned by the Sackler family, listed at 19th on the annual Forbes list of wealthiest families in the country at a worth of $13 billion. The family’s fortune largely comes from OxyContin sales, which their company branded and introduced as an extended release painkiller in 1995. Purdue Pharma pleaded guilty in 2007 to felony charges for false marketing of OxyContin and paid $635 million as a result. The company overstated how long the effects of the medication lasted and severely downplayed the addiction risks of the drug. Three executives also pleaded guilty to criminal charges but dodged prison time.

Still in business, Purdue Pharma has banked about $35 billion in revenue since OxyContin was introduced into the marketplace in 1995.

Perhaps an example of no good deed — if calling it a good deed is appropriate under the circumstances — goes unpunished, Purdue Pharma reconfigured OxyContin to be more abuse-deterrent in 2010. Until 2010, 160 mg OxyContin tablets were wildly popular since abusers could sniff or inject the crushed pills for a powerful, long-lasting high. When OxyContin (which is a patented form of oxycodone) was reformulated to prevent abuse, addicts switched to heroin, which is far cheaper, through the criminal underground, Natural News previously explained.

Against the backdrop, critics argue that Big Pharma is responsible for a double dose, as it were, of responsibility for those who got hooked on prescription drugs and those who become addicted to street narcotics, both of which can be fatal.

A related question: Where was the FDA when all this is or was going on?

Purdue and other Big Pharma companies are now being hauled into court in some jurisdictions for their alleged role in the nationwide opioid epidemic. (Related: Read more about Big Pharma’s toxic drugs at BigPharmaNews.com.)

The standards, implemented in January 2001, downplayed the risks of opioids and served to encourage doctors who wanted to remain in good standing to prescribe the drugs for pain treatment, whether acute or chronic…Critics say the coordinated elevation of pain management treatment within the medical profession by the JC and Purdue Pharma primed the system that would eventually devolve into the current epidemic of addiction.

According to various medical experts who provided forecasts to the STAT website, opioid-related deaths could spike to 250 per day as synthetic compounds such as fentanyl and carfentanil continue to gain currency in the U.S. Under that scenario, the death toll over the next decade could range from 500,000 to 650,000 Americans. 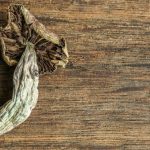