Big Pharma will BANKRUPT America: “Medicare for all” projected to cost nearly $33 trillion over the next decade 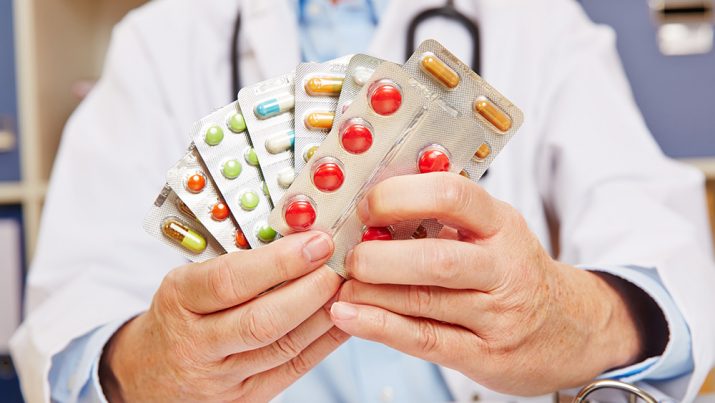 In the United States, healthcare is not considered a right. If you seek medical attention, you must either pay out-of-pocket or follow the premium and deductible plan setup by your health insurance provider. A “Medicare-for-all” system, on the other hand, would cover all medical expenses for all citizens, as long as the government can collect enough money from taxpayers to pay for the rising costs. There would be no premiums, deductibles, or out-of-pocket costs, yet there would be a new, universal tax on everyone’s income.

A “Medicare-for-all” system would re-distribute all healthcare costs to the taxpayers. Consumers, medical professionals, and pharmaceutical companies would naturally take advantage of this system, knowing that all costs would be guaranteed by the taxpayer pool. A “Medicare for All” system would immediately drive up demand for both important and unnecessary medical care. Increased access to healthcare services could help some people receive a proper diagnosis. This could help the person take the correct course of action to prevent suffering and premature death. However, increased access to healthcare also enables doctors to order unnecessary treatments or procedures and over-prescribe needless medications. (Related: Pharma drug side effects add nearly half a TRILLION dollars to U.S. health care costs each year.)

Medicare-for-all system would only redistribute the rising cost of healthcare, giving Big Pharma a blank check

According to the Koch-funded Mercatus Center, the total cost of a Medicare-for-all system to U.S. taxpayers would be approximately $33 trillion over a ten-year period. This system would add $3.3 trillion in deficit spending to the already bloated $4.407 trillion annual expenditures of the federal government. Implementing this system could practically double the tax burden on the Middle and working class. This new system wouldn’t fix the costly problems within the medical system; it would exacerbate the problems and only re-distribute the bloated costs.

A Medicare-for-all system would not make health care a “right” for everyone, as suggested by Vermont Senator Bernie Sanders. This system would burden the poor, working, and Middle class with outlandish taxes just so people could receive medical care. Once implemented, Big Pharma could take advantage of this system and bankrupt America, while pretending to give everyone a “right” to healthcare. The current system, dictated by health insurance companies, is unsustainable on a financial level too, but a Medicare-for-all system would be the quickest way to bankrupt the country, shackling everyone to runaway taxation and an inefficient system run by Big Pharma.
.

Would Medicare-for-all magically give people a right to healthcare or is it all a façade — a cost redistribution scheme?

Granted, if a Medicare-for-all system was put in place, then no one would have to worry about paying for health insurance anymore. There would be no monthly premiums or deductibles. Guaranteed access to medical technology and emergency medicine could save more lives, too, as long as wait times did not increase due to increased demand. If a person had severe pains coursing across their scalp, they could seek the help of a neurologist as soon as possible and get an MRI or angiograph, free of charge. If the imaging found a tumor or some swelling in the brain, the appropriate steps could be taken to save that person’s life. In the current system, the same person, lacking funds, would more likely bear the pain until it was too late.

If all men and women are created equal and endowed with the right to life, then why does our current medical system favor one person’s life over another? Would a Medicare-for-all system fix this fundamental problem or would this taxation and cost redistribution scheme be more ineffective, causing longer wait times and allowing Big Pharma to further tax citizens and bankrupt the United States?

To learn about the problems in medicine that are driving up costs, read BigPharmaNews.com.