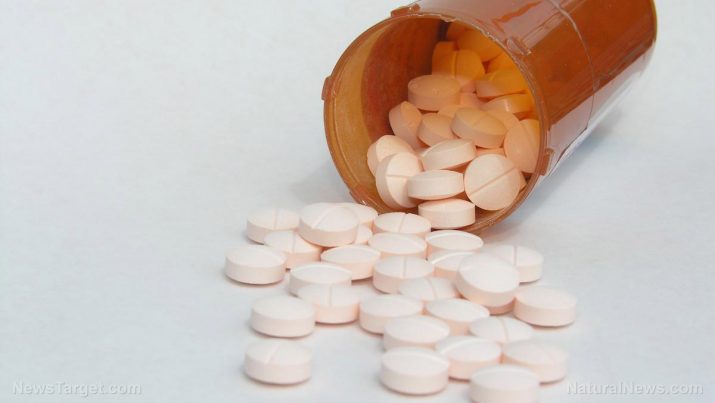 Extended use of proton pump inhibitors (PPIs), a popular type of heartburn drug, dramatically increases the risk of death. This was the conclusion of a team of researchers from the Washington University School of Medicine after analyzing medical data of some 300,000 people. Authors of the study say that their findings indicate the need for improved vigilance in prescribing the drugs and exercising better information sharing between patients and physicians.

PPIs, which are readily available over the counter under brand names such as Prevacid, Prilosec, and Nexium, are generally considered safe because of their availability. Studies conducted over the last few years have already indicated that using these heartburn drugs are linked to an increased risk of kidney damage, bone fractures, and dementia. However, this new research published in BMJ Open, revealed that PPI-use can have far greater consequences. (Related: Proton-pump inhibitor drugs for heartburn linked to heart attacks.)

For the purposes of this study, researchers used data collected by the U.S. Veterans Affairs system, which has tracked more than six million people since 2013. Within this pool, 275,000 people were discovered to be regular PPI users while another 75,000 took histamine-2 (H2) blockers, another class of drugs used to treat stomach acid. The H2 blockers group was used as a basis of comparison. Researchers then compared the groups and noted how many died within five years. It must be noted that the database did not include information on the cause of death.

Senior author Ziyad Al-Aly, M.D. told ScienceDaily.com that “no matter how we sliced and diced the data from this large set, we saw the same thing: There’s an increased risk of death among PPI users. For example, when we compared patients taking H2 blockers with those taking PPIs for one to two years, we found those on PPIs had a 50 percent increased risk of dying over the next five years.” Translated into more understandable numbers, this calculated to one unnecessary death for every 500 people taking PPIs. Given that there are currently millions of PPI users in America alone, this could mean potentially thousands of people dying from using a supposedly “safe” drug.

These are dire findings, considering PPI-use and prescription has been seen to be increasing since the start of the 21st century.

“People have the idea that PPIs are very safe because they are readily available, but there are real risks to taking these drugs, particularly for long periods of time,” Al-Aly cautioned.

The team also saw that the risk strengthened the longer patients took the drug. The risk of death in both the PPI and H2 blocker group were negligible within the first 30 days of intake. As intake was prolonged, risk of death increased — especially if the person took PPIs for one to two years.

The recommended treatment for many PPIs is relatively short, about two to eight weeks depending on the type and severity of the condition. Most patients though end up continuing this medical regimen for months or years. This could be attributed to the disturbing phenomenon of doctors hesitating to discontinue the treatment simply because the patient showed no discernible negative side-effects.

“A lot of times people get prescribed PPIs for a good medical reason, but then doctors don’t stop it and patients just keep getting refill after refill after refill. There needs to be periodic re-assessments as to whether people need to be on these. Most of the time, people aren’t going to need to be on PPIs for a year or two or three,” said Al-Aly.

Researchers of the study noted that while PPI users tended to be sicker than those who took H2 blockers (typically, PPI users were older, and had higher rates of diabetes, hypertension, and cardiovascular disease), the increased risk of death remained even when controlling for age and illness.

In conclusion, the team said that while PPIs are medically effective, their continued use should be heavily regulated. This is done by having open and informative discussions with one’s physician.

Al-Aly ended his interview on the Science Daily article with, “PPIs save lives. If I needed a PPI, I absolutely would take it. But I wouldn’t be willy-nilly if I didn’t need it. And I would want my doctor to be monitoring me carefully and take me off it the moment it was no longer needed.”