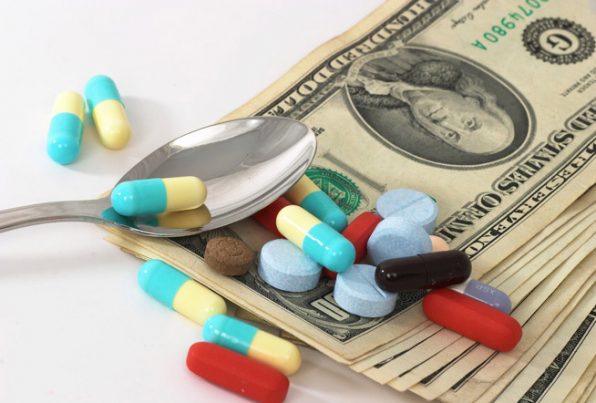 Drug companies don’t want to hear the latest results of a survey conducted by the Academy of Medical Sciences. The survey found that 63 percent of the general public and 82 percent of general practitioners are now skeptical of claims made by drug trials. More people now trust a friend’s advice on medicine, while only a third of the public actually believes in the official medical research. More people are questioning the official studies laid out by the deceptive pharmaceutical industry.

Skepticism toward modern medicine is growing. The safety of so many drugs is now being put into question, whether it’s statins, anti-viral drugs, antacids, antibiotics, antidepressants, or vaccines. As television bombards the public with drug ads and as the internet opens the door for more research and speculation, patients are struggling to decipher what is best for their individual situation.

“It’s startling to hear that only about a third of the public trust medical research,” said study author Professor John Tooke, former president of the Academy. “With our ageing population and ever more sophisticated treatments being made available, we need to act now to give patients clearer and more useful information about the medicines they take.”

The Academy of Medical Sciences is now calling on the NHS to publish more detailed information about the risks and side effects of drugs. They also urge general practitioners to spend more time with older patients to discuss concerns.

The survey was given to 2,041 in the general public and 1,013 general practitioners. In the poll, 82 percent of general practitioners think that medical research is biased and conflates the effectiveness of new drugs. Not enough time is spent determining if a treatment, procedure or medicine will meet an individual’s needs in both the short and long term. Drugs are often prescribed hastily, leading to further problems.

Some drugs are over-praised and actually burden patients with more severe problems. Drugs intended to treat depression can cause suicidal thoughts. Statins, intended to control patients’ cholesterol levels, ultimately lead to heightened risk for dementia and Type-2 diabetes. Hormone replacement therapy may help women with menopause but now it’s linked to breast cancer. Vaccines, intended to control one pathogen, can over-burden the immune system of young children, heightening a child’s risk for secondary infections, allergies, and neurological disorders. Antacids, intended to control acid reflux, hinder the body’s ability to assimilate nutrients, leading to all sorts of health problems down the road. It’s these problems that are underplayed by drug companies and is the reason why people are distrusting Big Pharma more each day.

There really needs to be an independent re-analysis conducted on all drugs, and the information needs to be accessible to medical professionals worldwide. When the BMP conducted an independent re-analysis for the antidepressant drug paroxetine, new conclusions were made asserting that paroxetine was no more effective than a placebo and caused suicidal thoughts in 12 of 93 children who took the drug.

People are tired of being deceived and are instead turning to family and friends who have had actual experience dealing with health problems and the side effects of medications. A good doctor prescribes medicine as a last resort. A really good doctor helps patients not need medicine at all. If there is a time for treatment, how can patients be so sure what is right for them if the medical studies continue to lie and deceive them?