Danger: Latex in vaccine packaging, including rubber caps for syringes and vials, an overlooked severe allergy problem for millions of Americans to consider 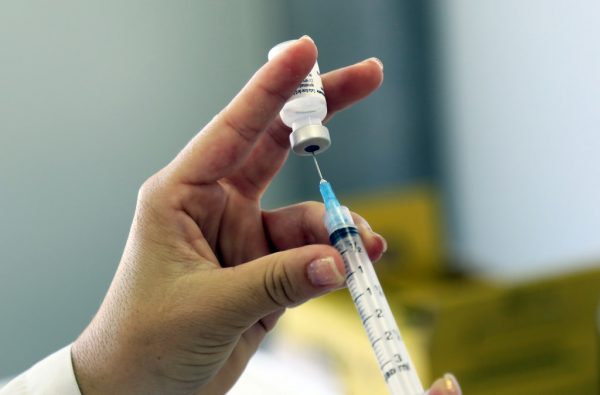 Nearly three million Americans, including children and infants, are allergic to natural rubber latex. More than 15 percent of health care workers are also allergic to latex. Nearly 70 percent of children with spina bifida and anyone who has had multiple surgeries is at risk of suffering mild, moderate, severe or even deadly reactions. These “side effects” of exposure include breaking out in hives or welts, the affected area swelling intensely, abdominal cramping, chest tightness, wheezing, shortness of breath (resembling asthma), and if exposure to latex continues, an allergic reaction may lead to anaphylaxis – a life-threatening reaction.

You may be wondering how many healthcare workers there are in the USA? Answer: Over 18 million. Multiply that by 15 percent, you get 2.7 million affected people with latex allergies. Should they all be force vaccinated, thus risking their lives, in order to simply keep their jobs? That seems insane. Now, add that number (the 2.7 million) to the three million people allergic to latex that don’t work in the healthcare industry and also to the children with spina bifida, plus people who have had multiple surgeries.

So now how many people should be able to fill out exemption forms regarding allergies to latex so they don’t have to get any vaccines that are packaged with rubber needle caps or vial stoppers? And just how many vaccines and which ones come with rubber needle caps and rubber vial stoppers? Answer: A good majority. We’ll cover that in just a minute.

When someone allergic to latex rubber gloves becomes exposed to them, it can trigger an anaphylactic response, where a protein called histamine is released from several tissues in their body. They often experience several of the following symptoms: Hives, swelling, dilated blood vessels, a sharp drop in blood pressure, nausea, vomiting and difficulty breathing. These can be life-threatening and require immediate attention. Is it ironic or compelling that most of these symptoms are identical to the “side effects” listed on nearly every vaccine insert sheet?

During this anaphylactic reaction, offending protein in the allergen(s) is absorbed in the body (or driven unnaturally into muscle tissue as with vaccine injections), bypassing the digestive defense process, the skin and the lungs. American doctors know this but refuse to discuss with their patients that vaccines can contain trace amounts of latex from the rubber needle caps and rubber vial stoppers. That’s not to mention the fact that, according to the CDC and FDA websites, vaccines contain infected African Green Monkey kidney cells, blood pooled from aborted human fetuses, mercury (listed as thimerosal in flu shots), deadly pig viruses, genetically modified viruses in combination (called recombinant), and even sodium chloride.

Plus, allergic hypersensitive reactions to natural rubber latex can be immediate or delayed, producing clinical symptoms including anaphylactic shock. It’s important to realize that immediate allergic reactions are closely associated with endogenous protein components of the natural rubber latex materials.This is why the secretive vaccine court has paid out billions to vaccine damaged victims of this chemical-medical violence we call “safe and effective” immunization.

Question: Do any doctors ever ask their patients or parents of children and babies if they are allergic to latex before giving them immunizations?

When in doubt, leave it out, they say. Check the manufacturer’s vaccine package insert that comes with every single vaccine. Here’s a short list of the disease jabs that come packed with rubber vial stoppers and/or rubber syringe caps: Anthrax, Infanrix, PedvaxHIB, ActHIB, the Hepatitis A syringe, Vaqta vial and syringe, Hepatitis B syringe, Recombivax HB, Cervarix HPV, Agriflu syringe tip cap, Flucelvax flu shot, and even chemotherapy vials. Do you really think the doctors will ever blame the insane ingredients and contamination of vaccines?

Also realize that, according to research, procedures like removing the stopper still do not eliminate the risk of latex contamination. Many clinics consider it “impractical” to remove the stopper and dangerous allergic reactions increase with multiple injections. Imagine what’s happening to American babies that get dozens of toxic jabs in their first two years of life.