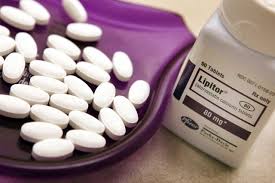 “Statins are highly prescribed in this age group but there are very few clinical trials looking at their effects on older women. What is most concerning was we found a ‘dose effect’ where the risk of diabetes increased as the dosage of statins increased. Over the ten years of the study most of the women progressed to higher doses of statins. Those elderly women taking statins should be carefully and regularly monitored for increased blood glucose,” said Dr. Mark Jones of the University of Queensland.

The findings were published in the journal Drugs and Ageing.

A 2015 study in Diabetologia showed that statin treatment was associated with a 46% increased risk of type-2 diabetes, even when other risk factors were taken into account. The researchers have also noted a dose-dependent effect on those taking atorvastatin and simvastatin. The study was based on a respondent population of more than 8,700 nondiabetic men aged 45 to 73 years old. Senior author Markku Laakso of the University of Eastern Finland and Kuopio University Hospital suggested that patients with preexisting risk factors such as obesity and a family history of diabetes should try to lower their statin doses if possible.

Another study looked into the effects of statin therapy on nearly 7,000 middle-aged men and women. Research data showed that 31% of those who were on statin treatment developed diabetes after a follow-up period of 5.5 years, compared with only 19% of those who did not take the cholesterol-lowering drug. The findings were published in the Journal of General Internal Medicine.

Research published in the Journal of General Internal Medicine also revealed that statins may double the risk of developing diabetes. Data on nearly 26,000 respondents showed that those who took statins were more than twice as likely to develop diabetes during a follow-up period of 10 years than those who did not. The study also revealed that patients who were on statin therapy had a 250% increased odds of suffering diabetes-related complications compared with the control group. Weight gain was also more pronounced in those who were on statin therapy compared with the controls, researchers said.

A review of 13 randomized, controlled clinical trials also revealed that nearly 5% of respondents who took various types of statins — including atorvastatin, rosuvastatin and simvastatin — developed diabetes after four years, compared with only 4.5% of those who skipped the treatment. The results of the meta-analysis were published the the journal The Lancet.

A study published in the journal Diabetes has identified the mechanism behind the increased risk of diabetes following statin therapy. Researchers found that statins activated a specific immune response that inhibited insulin from functioning properly. However, taking glyburide alongside statins may suppress this effect, researcher noted.

In January 2014, the FDA has required manufacturers of the cholesterol lowering drug to add diabetes risk in their warning labels. “Clearly we think that the heart benefits of statins outweighs this small increased risk. But what this means for patients taking statins and the health care professionals prescribing them is that blood-sugar levels may need to be assessed after instituting statin therapy,” said Dr. Amy G. Egan, deputy director for safety in the FDA’s Division of Metabolism and Endocrinology Products.