Above the law: NFL caught in Big Pharma cover-up 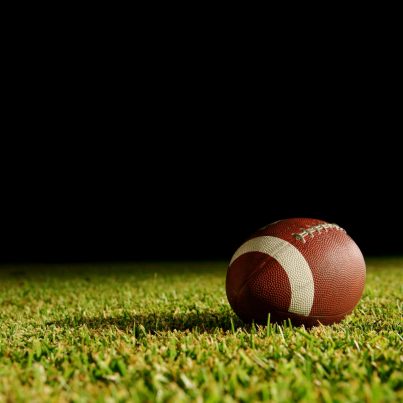 Addiction, like other illnesses, knows no bounds; it can strike anyone, regardless of their position in life. The abuse of prescription painkillers has spread far and wide across the United States — and the epidemic of addiction has even sunk its hooks into some of the nation’s top athletes.

The NFL has recently come under fire for violating federal regulations regarding prescription medications, ignoring the guidance of the DEA, and for pumping players full of painkillers and anti-inflammatory drugs to propel them through the season. Sealed court documents from a federal lawsuit filed by former players have been reviewed by The Washington Post reveal a sordid relationship between the league, drugs and pain management.

Federal laws strictly govern how teams can handle and hand out prescription medications to their players, but documents show that the league as a whole often disregarded the DEA’s instruction for tracking, storage, transport and distribution of controlled substances.  Documents from the league’s medical personnel and teams indicate that there have been multiple instances where abuse, record-keeping issues and federal violations were reported, but team and league officials were either slow to take action, or failed to address the issue entirely.

The players’ lawyers have prepared the filing, which declares that “every doctor deposed so far . . . has testified that they violated one or more” federal drug regulations or laws “while serving in their capacity as a team doctor.”

In August 2016, the NFL dismissed the claims — which is truly no surprise. In an email, NFL Spokesman Brian McCarthy reportedly told Fox Business, “The allegations made by plaintiffs are meritless and the League and its clubs will continue vigorously to defend these claims.” He also told the news network that the league and their medical staff were in total compliance with the Controlled Substances Act.

McCarthy went on to describe how the DEA had been invited to “meet with team doctors and trainers” to ensure that all were informed and educated on federal laws and regulations, as well as aware of the risks posed by noncompliance.

Could nearly two thousand former football players really be so wrong? So far 1,800 players have come forward to press the issue of federal drug violations, citing long-term joint and organ damage and other adverse effects from the misguided drug use promoted by the NFL’s teams.

The Washington Post reports, “In the calendar year of 2012, for example, the average team prescribed nearly 5,777 doses of nonsteroidal anti-inflammatory drugs and 2,213 doses of controlled medications to its players, according to a March 2013 internal document from Lawrence Brown, the NFL-employed medical adviser who oversees its drug issues.”

The number of drugs Brown reported being handed out are substantially higher than any amount that had previously been made public. And as the Post explains, those numbers could average out to six or seven pain-killing pills or injections per week for every player in the league for the entire season. However, it is very unlikely that the pills and injections were distributed evenly across players. It’s also not very likely that the extent to which players seek out medication for managing pain is fully reflected by the teams’ logs.

The NFL’s skirting of the law could go far deeper than that, however. In 2010, the DEA and the California Board of Pharmacy raided RSF Pharmaceuticals in San Diego, CA. Two subsidiaries of the company, RSF Manufacturing and SportPharm operated out of the same location, and neither possessed the license needed to buy, sell, re-package or distribute controlled substances. During the raid, multiple binders for almost every major sport league in the US were obtained — and one of them bore the label “NFL Football.” SportPharm got on the DEA’s radar when it was revealed that the San Diego Chargers’ (now former) team doctor David Chao had been writing Vicodin prescriptions to himself that were then illegally filled by SportPharm.

Who was Chao giving those prescriptions to, and was he the only NFL doctor to do such a thing? In 2014, Vice Sports reported that at that time, almost every team still used SportPharm for medication — and noted that no charges were ever actually filed.

There have been many instances in which the league has disregarded federal drug laws and regulations, according to many of their former players. Will the NFL continue to function above the law, or will they be made to answer for their crimes against their own players?